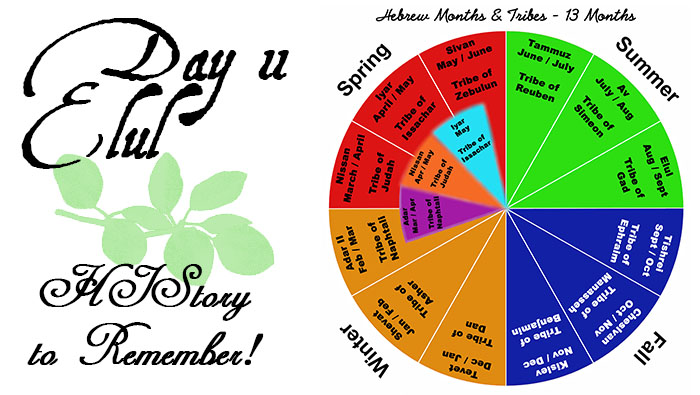 Let’s begin with the 9th day of the 5th month in the year 70 A.D. Rome destroyed the Second Temple, which goes to show that God doesn’t put as much emphasis on a building as people in the present-day church do. He doesn’t put as much stock in a building as the ancient people did either when they were disobedient. And yes, Christians were still worshipping in the Temple during this time. Check Acts 2:42-47.

But the nation of Israel was decimated. Israel was no more. There was no nation of Israel. Not until 1948, 1878 years later, was Israel recognized as a nation again in the world. Until then, it was only known as Palestine. However, in 1948 Jerusalem was not part of the State of Israel. Jerusalem was part of Jordan. In the six-day war, in 1967, Egypt attacked the Nation of Israel. Surrounding nations of Syria, Lebanon, and Jordan joined in to help crush Israel and it appeared that Israel would once again be overthrown and scattered to the far ends of the earth.

However, that is not what happened. Blunders were made by the enemies and Israel fought back valiantly using strategy and tactics from…well…the Bible. In 1967 Israel captured the city of Jerusalem. Jerusalem was once again part of the nation of Israel. A rabbi, Shlocum Greene, sounded a shofar at the Western Wall of what remains of Solomon’s Temple, and the shofar was heard in Jerusalem for the first time in 1897 years, fulfilling thousands of years of prophecy! Only God can orchestrate such things!

Prophetically, it is amazing how the city was recaptured. It was even prophesied the names of the Generals giving support from the surrounding mountains that insured Jerusalem’s capture. It’s in the Bible, but I don’t have the time and you probably don’t have the desire for me to extrapolate on those facts at this time. No, on second thought, I’ll cover that now.

Isaiah 31:1-5, “Woe to those who go down to Egypt for help and rely on horses, and trust in chariots because they are  many and in horsemen because they are very strong, but they do not look to the Holy One of Israel, nor seek the Lord!  Yet He is wise and He will bring disaster and does not retract His words, but will arise against the house of  evildoers and against the help of the workers of iniquity. (Egypt, Syria, Lebanon, Jordan) Now the Egyptians are men  and not God, and their horses (tanks) are flesh (steel) and not spirit; So the Lord will stretch out His hand, and he who  helps will stumble and he who is helped will fall, and all of them will come to an end together. For thus says the Lord to  me, “As the lion or the young lion growls over his prey, against which a band of shepherds is called out, and he will not  be terrified at their voice nor disturbed by their noise, So will the Lord of hosts come down to wage war on Mount Zion  and on its hill.”  Like flying birds (mortar and air support) so the Lord of hosts will protect Jerusalem. He will protect and deliver it; He will pass over and rescue it..”  Isaiah 31:1-5 (NASB95 emphasis is my own)

There you have a biblical account of the six-day war of Israel against Egypt, Syria, Lebanon, and Jordan. There are two mountains overlooking Jerusalem. There was a general on each mountain giving support to troops of Israel’s ground forces as they closed in on God’s Holy city. Their names were Gourin and Ben-Gourin. “Gourin” means “lion”. “Ben-Gourin” means “young lion”. Egypt, Syria, Lebanon, and Jordan were dealt a devastating blow, embarrassed before the whole world. The capture of Jerusalem was set and supported from Mr. Zion and the lower hill beside it. God delivered Jerusalem. He PASSED OVER and RESCUED Jerusalem! And it all culminated with the sound of a shofar as the city was re-claimed. It is a modern-day account similar to that which Gideon faced in the Book of Judges.

I suppose that’s enough history for one day. I love history but I know most people are not as enthusiastic as I am.

In the early 1900’s a philosopher, George Santanyana said, “Those who do not remember history are condemned to repeat it.” That was the quote, or it was something very similar to it.

What Solomon is saying is that history repeats even IF we are aware and remember history. However, very few remember history or have any interest in history. That’s what statutes, ordinances, months, moons, and the feasts are about, REMEMBERING! It’s remembering history!

We should remember, lest we forget and condemn ourselves to repeat the mistakes of others in ancient times as well as times not so ancient.

I’ll see you tomorrow as we continue with the 40 Days of Awakening. I am