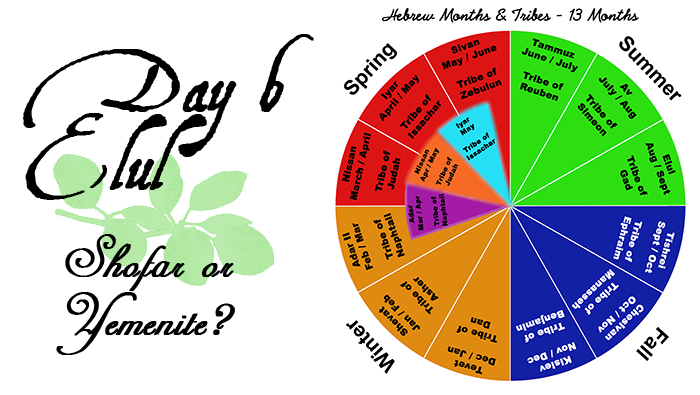 I’d like to make some clarifications. When you read about “trumpets” in the Bible, that “trumpet” is a Ram’s Horn shofar. Some are very small. Small enough to fit into your pocket. There’s nothing wrong with that. Some are larger. I currently own two. The first that I acquired is 21 inches measured around the outer curve. It has two notes that can be sounded consistently.

The other Ram’s Horn I possess is 27 inches measured around the outer curve and there are five notes that can be achieved although the highest note is most difficult to reach and maintain. It is an extra-ordinary specimen. But the Ram’s Horn is the real “shofar” or “trumpet” mentioned in the Bible.

The longer, spiraled horn of the Greater African Kudu antelope is known as a Yemenite shofar and its usage began much later, perhaps after the biblical cannon was closed. How do I know that?

Jerusalem and the second Temple were destroyed in 70 A.D. by the Roman Empire. The Jews were scattered throughout the known world. Many journeyed to Africa. There were no Rams in Africa but there were antelopes. They used what they had. Now don’t get me wrong, there’s nothing wrong with the Yemenite. I own one that measures 43 inches around the outside curve, and I use it regularly. But you cannot make a “shofar” out of just any hollowed-out horn. A cow’s horn or horn from a member of the bovine species would never be used, traditionally, as it is a reminder of the sin of Israel and the golden calf.

The interesting thing is about the Yemenite or the Kudu’s horn is that the pleural of Kudu in Greek is kudos which means “to bring glory to”. The Yemenite is often referred to as the “glory horn” to bring glory and praise to God. It is the “victory horn”. Everyone loves to hear the mighty Yemenite because it is the sound of victory. It’s sound is usually greater and more powerful than that of the Ram’s Horn. I say usually because my Ram’s Horn at 27 inches has more power and volume than the 43-inch Yemenite.

But most prefer to hear the Yemenite. They love to hear the victory sound. The problem with that is this. Before you can claim a victory, you must first endure the battle. The Ram’s Horn is the battle cry. It is the alarm. It is the cry of a father for a lost child. I have limped away from many battles before I could sound the shofar and shout the victory.

Now, I will admit openly and freely that this passage is speaking about the silver tabernacle trumpets that called leaders together and set the camps in motion to move. What magnificent instruments they must have been. Two trumpets, each hammered out of a single piece of silver. Alas, these marvelous instruments have been lost in time and antiquity. However, there are no leaders of tribes to be called to meeting and there are no camps to set in motion to move. Those trumpets were called hasosera. But the hasosera were also used for other purposes as well. Let’s have a look.

“When you go to war in your land against the adversary who attacks you, THEN you shall sound an alarm with the trumpets, that you may be remembered before the LORD your God, and be saved from your enemies.  “Also in the day of your gladness and in your appointed Feasts, and on the first days of your months you shall blow the  trumpets over your burnt offerings, and over the sacrifices of your peace offerings;  and they shall be as a reminder of you before your God.  I am the LORD you God.  Numbers 10:9-10 (NASB95 emphasis is my own)

Now, as I have already mentioned, the silver tabernacle trumpets, the hasosera, have long ago been lost to antiquity. Today, Orthodox Jews and Messianic Jews as well as a growing number of Protestant Evangelicals use both the Yemenite and Ram’s Horn to carry out these instructions.

Let’s look at the instructions.

“…against the adversary…”. Who is the adversary? That would be Satan, Lucifer, the devil. But notice that it says “adversary”. That’s singular. Remember that. It’s important.

“…who attacks you…”. That means that we don’t go out and stir up trouble. But when trouble finds us, we know that the adversary has launched an attack.

“THEN”, I love that word because I know that something has happened, and God is about to come to the forefront and fulfill a promise.

“…you shall sound an alarm with the trumpets…” The “alarm” is nine, short, staccato blasts on the trumpet. It is a warning to assemble the armies and it is a declaration of war.

“…and be saved from your enemies.” Take notice that “enemies” is pleural. Who are the enemies? Look at Ephesians 6:12 that tells us that our struggles are against “rulers”, “powers”, “world forces of darkness”, and “spiritual forces of wickedness in the heavenly places.” Those are the minions of Satan.

Verse 10 of Numbers chapter 10 seems insignificant at first glance, but I assure that it is not so. The Feasts are God’s appointed times of meeting. I’ll get into the significance of that in a video at a later time. But what about those burnt offerings, peace offerings? We don’t do burnt offerings or give peace offerings anymore. 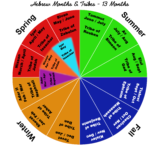 But we do give offerings or, at least, we should be giving offerings.

“Through Him then, let us continually offer up a sacrifice of praise to God, that is, the fruit of the lips that give thanks to His name. And do not neglect doing good and sharing, For with such sacrifices God is pleased. Hebrews 13:15-16 (NASB95 emphasis is my own)

Our praise, our worship, our prayers, our tithing, our offerings (sharing) are sacrifices to God and I sound the shofar over them. The shofar is even a means of worship. Read Psalm 150.

With all that said, God said this, and I’ll paraphrase it so anyone can understand. When that devil attacks, sound that trumpet and THEN I’ll come to your rescue!” THAT’S a promise! That’s spiritual warfare!

I’ll continue along the lines of spiritual warfare tomorrow. I pray that you’ll come back for more of the 40 Days of Awakening. I am