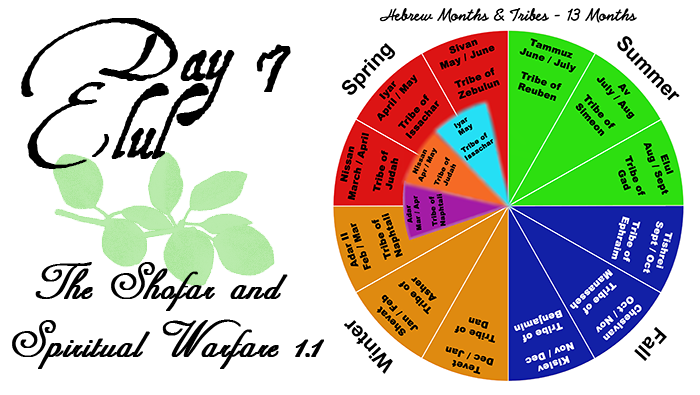 The Shofar and Spiritual Warfare 1.1

Yesterday I shared with you about the instructions given regarding the trumpets and spiritual warfare. I’d like to continue along that line today if I may.

Today I want to talk about Joshua. To be more precise, I’d like to focus on Joshua and Jericho. You all know the story and the old song, “Joshua fought the battle at Jericho and the walls came tumbling down.” Well, maybe you don’t remember. I’ll lay out the situation in a nutshell.

Moses is dead and buried. Joshua led the nation of Israel across the Jordan River into the promised land. Having crossed the Jordan River, they made camp at Gilgal. While there, God had Joshua circumcise the men of Israel with flint knives because there had been no circumcisions of the newborn in the last forty years that Israel wandered in the desert. Joshua 5:8 tells us that after the men had been circumcised, they remained in camp while they healed.

I find it particularly interesting that Joshua had the nation observe the Lord’s Passover on the fourteenth day of the first month, which was in the spring. No, it wasn’t January 14. I’ll cover that in a video at a later time. But I find it particularly interesting that they observed the Passover before they ate any of the grain or produce of the land (Feast of Unleavened Bread) they had invaded to claim as their own as it had been promised them by God. They were being obedient to God’s word.

Now it came about that Joshua went for a stroll and happened upon a man with his sword drawn. Joshua asked the man if he was for them or if he was an adversary. The man introduced himself as “the Captain of the hosts of the LORD”. Which means the Captain of God’s angelic army. That’s Christophany again. A picture of God, the Son, in the Old Testament. And just as Moses was once told, Joshua was told to remove his sandals for he was on holy ground.

In chapter 6 of Joshua, we see that the LORD spoke to Joshua and gave him a very detailed battle plan. Joshua took the battle plan, and he executed that battle plan obediently and to the letter. He marched the fighting men around Jericho one time each day for six days and seven priests blew seven Ram’s horns. Then, on the seventh day, Joshua marched the men around Jericho seven times and the priests blew the seven trumpets, then and only then, the men shouted a great shout as Joshua had instructed them and the mighty walls of Jericho fell into rubble.

That was the battle plan that Joshua obediently executed. The plan didn’t make sense, or it wouldn’t have made sense to any modern army. But it didn’t have to make sense. It was God’s plan. It was the only plan Joshua would consider.

Now, do you believe that the sounding of seven trumpets by seven priests and a shout brought down the massive walls of Jericho? You would be mistaken if you did. You see, I believe the sounding of the trumpets the first six days called for the angelic armies of God to assemble. On the seventh day, when seven trumpets sounded, the Captain of the hosts of the LORD and the angelic armies were summonsed and they tore the walls of Jericho down. The shout? That was the shout of victory in faith before it had manifested for God had promised to deliver Jericho into the hands of Israel. In a sense, the shout unleashed the angelic army to attack.

Now, personally, I would call that spiritual warfare spilling over into the physical realm of reality. You can call it what you will.

First item, Joshua had been obedient in ALL that God had told him to do. He observed the LORD’s Passover, Feast of Unleavened Bread, and The Feast of First Fruits without being told. That’s a big deal and, again, I’ll have to cover that in a video at a later time.

He obeyed in circumcising the men of the nation.

He obeyed the battle plan, to the letter without wavering or taking any detail into his own hands.

Second item, the sound of the shofar, that which is like the Voice of God, summonsed the Captain of the hosts of the LORD and the angelic armies that God had dispatched at God’s appointed time. The result was judgment and destruction on the city state of Jericho.

I’d like to leave you with something to think about.

Jericho could have, at any time, surrendered to Joshua and Israel and, perhaps, spared themselves the tragic loss of all life. For it is written that Joshua utterly destroyed Jericho. Every man, woman, child, and all the livestock were struck down with the edge of the sword. Could they have surrendered and avoided such calamity and devastation? Perhaps. Perhaps not.

One thing is for certain, however. When seven angels blow seven trumpets in the Book of Revelation it WILL be too late to surrender. At that time, if one has not surrendered, all will be lost.  ALL will be judged. Do you know the trumpet sound? Do you know what it means? Do your loved ones know?

Thank you for joining me and I hope you will come again for the remainder of this 40 Days of Awakening.