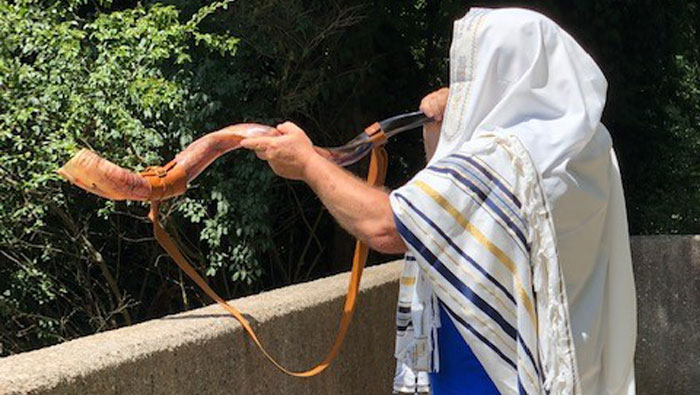 I’ve said it before and I’ll say it again, the shofar is directly attached to obedience and spiritual warfare. Having said that, I’ll say that without obedience, spiritual warfare gets dicey at best.  Why do I say that? Well, if you’ll hang around long enough to do a little light reading, I’ll do my best to explain.

The first and most simple scripture I find mentioning the trumpets and warfare is in the Book of Numbers. It’s a very simple verse but it packs a lot of power and information into a small group of words.

attacks you, THEN you shall sound an alarm with the

trumpets, that you may be remembered before the

LORD your God, and be saved from your enemies.

This one verse has so much power and promise that it is difficult to ascertain its full meaning in such a simple form. Why did I highlight these specific words with bold letters? I did so to emphasize their meaning for a more thorough understanding. Let’s look closer.

Let’s consider the first five words of the verse. “When you go to war…”. This is a statement of the obvious. It’s not “if” you go to war it’s “when” you go to war. The war is present and the battle will come to hand. If you’re not in the battle now, give it time. It’s coming. No doubt about it. 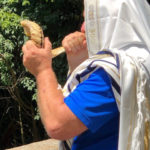 What is war? It is an act of force or violence thrust upon a population by an enemy that intends to do harm, take a people hostage and acquire resources until the population lands in total defeat, desolation and destruction. There are terms of war to be considered. Have you ever heard of the Geneva Convention that lays out what is legal or illegal in terms of war? I mean wars are fought according to rules and regulations for the sake of humanity, right? Wrong! Did Hitler or Mussolini abide by any rules of war? Evidently not, because many were tried for war crimes after WWII. Do you suspect that the devil is going to abide by any terms of war? NO! He will not! He is a “no holds barred” kind of devil. Satan comes to steal, kill, and destroy. Those acts are acts of war!

Now let’s look at where the war takes place…”in your land”. What does that mean? 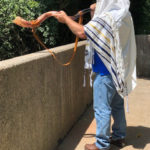 It means our nation. We are in a tremendous war, spiritually speaking, in our nation. If you don’t believe that then your head is buried in the sand. That’s stated kindly. But it’s true. We have every form of evil running rampant within our nation and, I might add, there is no sign that it’s even going to slow down. Hate is so prevalent that it is sickening. Democrat against Republican. White against Black against Hispanic. Prolife against abortionists. Pornography is easily obtained by our youth and illicit drugs are even easier to come by. News agencies are so biased one way or another that truth is what they say it is. All of this is offered up to the American public for gross consumption and the public is being led to slaughter because everyone is just following what is being offered. Few, if any, seem to be doing any thinking for themselves. Oh yes, we are at war in our land. These things I’ve mentioned are just a few of the tactics Satan is using in our nation. His strategy is to convince everyone that Jesus is powerless to help them in any way and the public is buying into it.

Is that not close enough home for you? Let’s look at our immediate surroundings. Let’s look at our schools. Prayer is out and has been for some time. Billy Sunday once said, “When you take prayer out of the schools the blood will flow in the hallways.” He said that in the 1920’s folks. How true is that statement today? Teen pregnancy is still out of control. Drugs? Uh huh. That’s pretty much a given too. Discipline has been pretty much outlawed as well. Our legal system? Let’s look at that. The Ten Commandments has been ripped from courthouse walls all across our country not just locally. Am I being dramatic? I don’t think so. Let’s look closer to home.

Let’s look at our households. Divorce in married couples continues to rise. Families descend deeper into debt because of poor decisions. Discipline of children is a thing of the past. It’s pretty much like the Book of Judges where “everyone did what was right in their own eyes.” Don’t get me wrong. There are exceptions and I’m thankful for those exceptions. The problem is that those are exceptions when those exceptions were once the norm. Infidelity is still increasing, even that in the church! Let’s not even go into the realm of feelings such as fear, anxiety and depression. Oh my! The devil is having a heyday on those fronts.

So, you think that we are not at war in our land? You are deceived and I don’t say that lightly.

Let’s continue with this verse. “When you go to war in your land against the adversary who attacks you….” . Who is the adversary that attacks us? Notice that “adversary” is singular. It is our pitch fork carrying devil who disguises himself as some other entity. All of the things above that I’ve mentioned, guess who is behind all those things? Um hmmm. Satan. He attacks in the spiritual realm and it manifests in our physical realm. It’s not the banks, mortgage companies, legal systems, hospitals, or even the poor choices that we make that is behind all those things. Give credit where credit is due. Satan is the adversary (singular). His minions are our enemies (plueral). From them we shall be saved.

Okay, we’ve established that we are at war, in our land, that the enemy or adversary has attacked us and we’ve identified the adversary as well as our enemies. Now what? 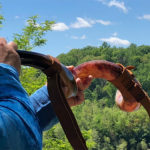 The verse says, “THEN you shall sound an alarm with the trumpets…”. That’s proper order and process. When you are at war in your land against the enemy THEN sound the alarm. Not before. Why? Because God is a God of order and His instructions are very specific to order. Joshua was given specific instructions before conquering Jericho. He was given a battle plan. The plan didn’t make sense but Joshua obeyed. We all know how that turned out.

But why do we sound the alarm with the trumpets? The first reason is so that we will be remembered before the LORD our God and the second reason is that we will be saved from our enemies. That’s a promise! The third reason, if you need one, is because God set that as the battle plan and He intended us to follow or obey it. Notice, if you will, that God requires us to move first, in faith, to set His plan in motion. Too many times we will say, “God if you’ll do this first, then we will believe.” I’m afraid God doesn’t work that way. I am yet to find an exception. He tells us what He expects and when we obey, He moves. The last time I checked, God is good at waiting.

Therefore, I believe that the biblical trumpets are directly linked to obedience and spiritual warfare. I believe the shofar is a powerful weapon in spiritual warfare. I could go on at length about Joshua and Gideon and their obedience to God’s instruction in terms of war. However, this one simple verse, Numbers 10:9. lays out the foundation for the whole of the concept. Sometimes, God’s battle plan does not make sense to us. What purpose did God have in marching Joshua around Jericho one time for six days and then seven times on the seventh day before sounding the trumpets? Why did God carve out an army of 300 from 32,000 for Gideon? Why did God have Gideon to hold the trumpet in his right hand?

Why did God implement the trumpet in these battles? Why does God tell us to sound the alarm when we go to war in our land against the adversary who attacks us? 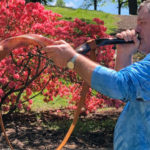 As I mentioned in the previous article, “It’s All About the Air Flow”, it’s the breath and voice of God that does the work just as it did when He created the earth, all that is in the earth, and man. Therein, perhaps, lies the power. We need only to take the breath God gave us and obey His Word and His Spirit. With that obedience comes anointing. With anointing comes power. Add the power of the voice of God and…well…how can you lose?

Nehemiah understood all this. As he was overseeing the rebuilding of the wall around Jerusalem, neighboring kingdoms threatened to attack and put a stop to the work. There were large gaps in the wall so far apart that a man shouting could not be heard to warn others of approaching armies. Nehemiah stationed a trumpeter at each gap to be heard. He summed it all up very nicely in Nehemiah 4:20 “At whatever place you hear the sound of the trumpet, rally to us there, OUR GOD WILL FIGHT FOR US!” (Nehemiah 4:20 NASB 95, emphasis is my own).

Yeah, that pretty much tells the whole story.

I am The Old Watchman. God Bless!