What Are “The Ancient Paths”? 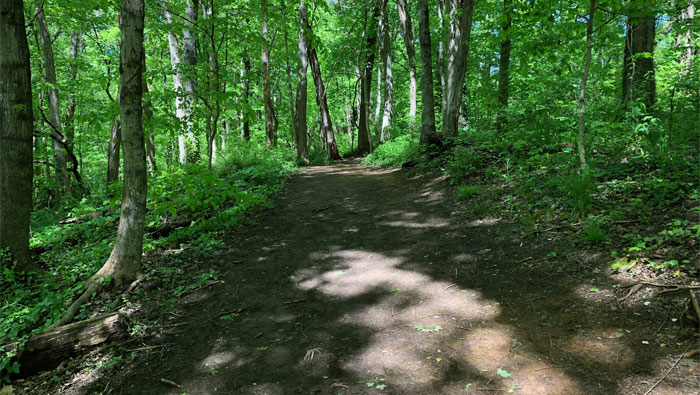 On December 12, 2018 a young girl prophesied over me, in part, using two Scriptural references that have literally opened my eyes and changed not only what I see but how I see! I know it’s a hard concept to entertain much less grasp but stick with me. I’ll attempt to make some sense very soon.

Now I say the lady was a young girl, her oldest son is half as old as my oldest daughter. Yeah, that qualifies her a young girl still, I suppose. I’m not calling any names but her initials are April Kandel.

So, I walk into this room and April is telling me that God has given her two phrases, “ancient paths” and “righteous oak” regarding me. I’m all ears as she  goes into Jeremiah 6:16 and tells me that God has highlighted only a portion of the verse for my benefit. That part is as follows:

Thus says the LORD,
“Stand by the ways and see and ask for the ancient paths,
Where the good way is, and walk in it; And you will
Find rest for your souls…”

April went on to tell that God saw me as one who knew the ancient paths but also one who could direct others on the ancient paths so that they could find rest for their souls. She had no idea how wrong she was and I had no idea how right she was. How could I direct anyone down any path to gain rest for their soul when my own soul had been is so much turmoil? I mean, I know right from wrong but what ancient paths? I’ve walked down a lot of paths, most of which I don’t want to go down again. It seemed to me that any and all good paths that I might have ever traveled on were lost because I forgot to flag them. You see, April didn’t know what she was talking about. I had no idea, initially, what April was talking about. But God? God knew what He was giving April. God knew what He was preparing me to receive.

The latter part of Jeremiah 6:16 states, “But they said, ‘We will not walk in it (the ancient paths).’” You see, I was the one who, at the time, was not walking the ancient paths. Consequently, my soul was in a perpetual state of unrest. I was aggravated, frustrated, angry, bitter, resenting, and very discontent. The problem was I had no idea why I was experiencing those feelings! Ancient paths? I’ll get back to that in a minute.

“And I set watchmen over you, saying, ‘Listen to the sound of the shofar!’
But they said, “We will not listen!”

Now, first of all, Miss April didn’t know that God had been hammering the shofar into my spirit for three and a half months. And here was the shofar in the next verse after the one God had highlighted for me. Coincidence? I think not.

To grant those who mourn in Zion,
Giving them a garland instead of ashes,
The oil of gladness instead of mourning,
The mantle of praise instead of
A spirit of fainting.
So they will be called oaks of righteousness, the
Planting of the LORD, that He
May be glorified.

Miss April states that she certainly sees me as an oak of righteousness in our body of believers. Weathered harsh storms. Watching over younger oaks. So forth and so on. All that is TRUE! But those ancient paths in Jeremiah were calling my name. I tucked April’s words into my belt (recorded on my phone for safe keeping), went home, opened my Bible and said, “Okay Father, show me what she’s talking about because I have no idea what she’s talking about. What are these ancient paths? Are they walks of wisdom? Knowledge? Understanding?

So, I read those passages every day. For days, weeks, a month, even longer. I read them today so that I don’t lose sight of the revelation.

Thus says the LORD,
“Stand by the ways and see and ask for the ancient paths,
Where the good way is, and walk in it; And you will
Find rest for y our souls…”

“Thus says the LORD,” means that God is about to speak and when God speaks, I need to pay attention. The verse says to do four things. That’s four directions or four individual instructions given in a sequence.

First, “Stand by the ways”. The “ways” are a crossroads, intersection, or merging paths. The instruction is to just “stand” there. It seems to indicate that one should slow down and don’t be making any hasty or rash decisions about which direction to take. Secondly, the verse says to “see”. See what? Well, if you’re in a hurry and run around the corner without taking the time to look first, there is not telling what, or who, you may run into. Third, the verse says to ask for the ancient path, where the good way is and THEN walk in it. There you will find rest for your soul.

I’m scratching my head as I read this for the 973rd time. What crossroad? What path? See what? Ask who? LORD! I ain’t gettin’ it!

Then, I saw it. Everything I just talked about, “stand”, “see”, “ask”, and “walk” were directions. They were instructions of what to do and how to do. Yet what were the ancient paths?

The directions and instructions of the Bible ARE the ancient paths! Jeremiah 6:16 says, Stand! See! Ask! Walk! THEN you will have rest for your soul! After which, some idiot (like I was 30 seconds prior to revelation) said, “I’m not doing that!”

“And I set watchmen over you, saying, ‘Listen to the sound of the shofar!’  But they said, “We will not listen!”

Again, God gave watchmen to warn people. All they had to do was listen for the warning of the shofar. And some idiot, like I was 30 seconds prior, said, “I ain’t doin’ that either!”

I was sitting at my desk when the revelation hit. I thought, “How stupid can a smart man like me be?” I very quickly retracted the question as I was afraid that God might actually answer me aloud. I turned over to Isaiah 61 and began to read. Only this time the ancient paths came to light, they were clearly marked, revealed to my eyes for the first time.

Those ancient paths are how to navigate life and live without fear, anxiety, frustration, and depression. All one has to do is follow directions and/or instructions and BELIEVE in them. A dear friend used to tell me, “Lonnie, faith speaks.” That’s true. He was a wise man. But faith “walks” too! You can speak all in faith that you want to, but until you walk out what you speak, do you really believe? Do you believe enough to stake everything on what you learn on those ancient paths?

I’m all in on the ancient paths. I sink my roots therein and I shall not be moved. I have my garland, my oil and my mantle. Living life without a road map can be tough, really tough. But the maps of the ancient paths, that helps smooth the trail considerably.