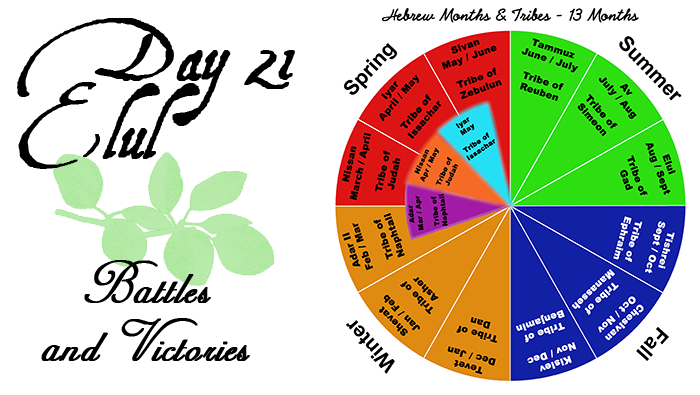 The sound of the shofar is also a sound of victory! This is true as it is recorded in 1st Samuel 13:3

1 Samuel 13:3 (NASB95):  “3  Jonathan smote the garrison of the Philistines that was in Geba, and the Philistines heard  of it. Then Saul blew the trumpet throughout the land, saying, “Let the Hebrews hear.”

The Philistines have waged battles against Israel for some time even into our modern era. It’s not a word that you hear  often anymore. But “Philistine” and “Philistinian” were terms often heard in the news when I was growing up.

Jonathan threw the Philistines in Geba a beating, defeating them resoundingly. Our Scripture Verse says that first the  Philistines heard of the defeat, THEN Saul blew the trumpet throughout the land, saying, “Let the Hebrews hear.”

The Philistines heard of the defeat and although weakened, began to gather troops for another attack. But Saul, knowing  that he would be outnumbered later on, sounded a trumpet throughout the land to encourage the people. But why would he say, “Let the Hebrews hear.”?

Certainly, all the inhabitants of the land were the tribes of Israel, who were Hebrew. However, not all Hebrews were the  sons of Israel. Hebrews would include all the sons of Abraham and Isaac and not just the sons of Jacob or Israel. I know that it sounds confusing but let’s clear things up.

Hebrews were the descendants of Abraham. That includes Ishmael, Isaac, Esau, ect. Israel was composed of the sons,  or tribes, of Jacob whom God changed his name to Israel. There were no “Jews” until approximately 975 B.C. when the  kingdom of Israel divided into the northern kingdom of Israel and the southern kingdom of Judah. The tribes of Judah,  Levi, and a large portion of Benjamin remained in the southern kingdom of Judah and became known as “Jews”.  Today,  if you were to refer to certain Jews as “Hebrew”, they would take great offense. Now, that we know who was who, and when, we can move along.

Saul was God’s chosen, anointed king. At the time that Jonathan smote the Philistine garrison, claiming the victory, Saul  sounded the trumpet in victory to notify the land that they had won a battle against the Philistines. However, soon thereafter, Saul offered a burnt sacrifice when he deemed that Samuel was running late to do so. He acted rashly, afraid  that the people of his army were leaving him. He acted on what he saw rather than what he believed God could do and disobeyed God’s instructions.

But Saul was not done in his erroneous ways. God sent Saul to “utterly destroy” the Amalekites just as Joshua had  utterly destroyed Jericho. But Saul brought back the king of the Amalekites as well as a good portion of the livestock to  offer as sacrifices to God. There was just one problem. That’s not what God told Saul to do. God said, “Destroy them!”  Saul disobeyed God’s instructions. For which he received the scathing rebuke from Samuel.

1 Samuel 15:22-23 (NASB95 emphasis is my own):  “Has the Lord as much delight in burnt offerings and sacrifices As  in obeying the voice of the Lord?  Behold, to obey is better than sacrifice, And to heed than the fat of rams. “For  rebellion is as the sin of divination (witchcraft), And insubordination is as iniquity and idolatry. Because you have  rejected the word of the Lord, He has also rejected you from being king.”

Saul sounded the trumpet as a sound of victory, and there was a victory. However, he did so for the wrong reason. He  did so to stir the hearts of men rather than give God the glory. He knew other battles were coming, and he needed every  man that was available. Or so he thought.  Saul did not obey the battle plan as Joshua and Gideon had. The passage  above is clear. God has more delight in obedience than sacrifices, to heed His words rather than the fat of rams.  Rebellion is the sin of divination or witchcraft. Wow! Pay close attention! Insubordination is the same as iniquity  and idolatry. That’s strong language! Be careful! Be very careful.

Yes, the trumpet sound is the sound of victory! But it’s God’s victory! We cannot take credit for what God has done nor can we attempt to rouse fleshly induced courage or bravery by sounding a trumpet. Listen to what God is telling you this month and act accordingly. Be careful that you do not add to or delete from His instructions! It cost Saul a kingdom! Everyone wants the victory. Far too few are willing to go into battle to obtain that victory. The battle and the victory are the Lord’s!

Pray! Repent! Listen! The kingdom of God is at hand!

I am The Old Watchman, Ezekiel. You have been warned!