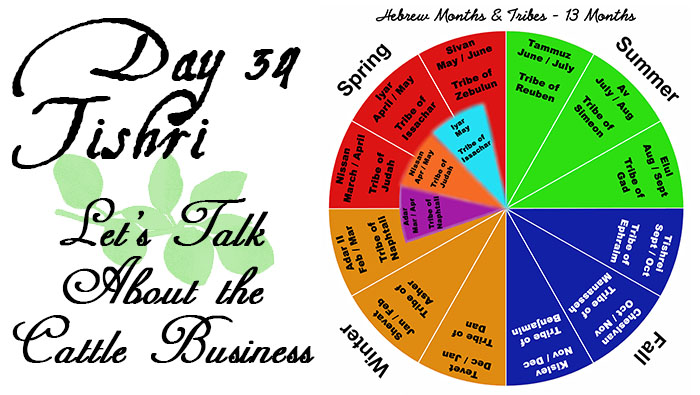 Let’s Talk About the Cattle Business

There has been a great stir lately in the Cattle business. On September 15, 2022, on Elul 19, five perfect, unblemished red heifers, that have never been yoked arrived in Jerusalem from Texas.

If you don’t know, I’m speaking about the Ordinance of the Red Heifer from Numbers chapter 19. Go ahead and read it. I’ll wait.

Are you done? Already? Okay, let’s move on.

In Numbers 19 God gave Moses and Aaron a mandate. I wish I had the time to go into this in depth. There have been books written on this one chapter. But a Red Heifer, unblemished, with no defect, that has never been yoked was to be slaughtered outside the camps and burned with cedar, hyssop, and scarlet material. The ashes were to be later mixed with water and used to purify anyone who was made unclean. You can read the biblical account in chapter 19 as to what would make one unclean. 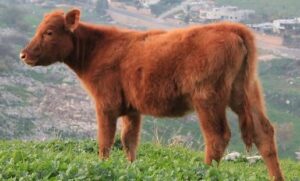 According to biblical accounts AND Jewish traditions, there have only been 9 red heifers prepared in such a manner! The first was under Moses’ direction to Eleazar the priest. Another was prepared by Ezra 1000 years later. Since Ezra up until the time that the second temple was destroyed in 70 A.D. (500 years) there were seven heifers prepared in similar manner. Believe it, or not, archaeologists have been searching for the ashes of those heifers for quite some time, unsuccessfully. But the point is that there have only been 9 red heifers in the past oh, 3500 years. Now, just imagine, five heifers, after all this time (2000 years) are found at the same time from the same state and transported to Jerusalem.

For the Jews, it is a very big deal! You see, there are no sacrifices or offerings being made. There is no temple. Remember? Rome destroyed the temple in 70 A.D.! The Jews are waiting for the temple to be rebuilt, the Messiah to arrive and slaughter a red heifer and burn it so that they will have the ashes to purify the temple, the implements, utensils, clothing, and priests of the temple so that temple rituals can resume. Until those things are purified with Red Heifer ashes there can be no temple ceremonies!

So, imagine the joy now that these five heifers have shown up! For 2000 years there are no red heifers. Now there are five??!! It is a certain prophetic sign, for the Jews, that Messiah is coming!

Before I go further I want you to know this. The implements, utensils, furnishings, clothing and wardrobes for the priests, even the priests themselves are in place. They exist now! The Golden menorah, the basin, the altar, the priestly robes with all the adornments have been re-created and exist in the physical now, today, in Jerusalem. The pots, shovels, snuffers, spoons and bronze vessels actually exist! Men have been selected who are in training and have been training, to prepare the Red Heifer ashes. This stuff, these people, actually exist in our present day and time. But the Red Heifer ashes must be prepared to purify these articles and men before temple services can resume. And, of course, there’s the issue that there is no temple. However, that doesn’t mean that there won’t be a temple built.

2 Thessalonians 2:3-4:  “Let no one in any way deceive you, for it will not come unless the apostasy comes first, and the man of lawlessness is revealed, the son of destruction, who opposes and exalts himself above every so-called god or object of worship, so that he takes his seat in the temple of God, displaying himself as being God.”

Supposedly, there are five red heifers in Jerusalem as we speak. None of them are three years old as would be dictated by the Talmud. They may have a hair change color and be disqualified. Is this a sign that the Messiah is coming? Is this a sign that Jesus’ return is eminent, as in this year? Don’t think so. But it has caused a stir in the Jewish community. Is it something to watch and pay attention to?  Perhaps. Perhaps not.

I don’t have time to go into all the parallels of the Red Heifer and Jesus. The parallels are there in the Bible. You have to learn how to see them, but they are there. Is it a sign of the end times?

It’s quite possible. We must wait to see, but we should be prepared.

Keep in mind that the ashes of the red heifer were to purify one who is unclean, not necessarily of sin, but a state of being unclean in the physical so as not to defile the tent of meeting. Jesus was the sacrifice whose blood made us clean in the spiritual sense. As a nurse, I read chapter 19, it almost reads as a means of quarantine and a supernatural healing through water and ashes. Something to consider. What did Jesus accomplish on the cross? We are not cleansed through water and ash. We are cleansed by blood.

I am The Old Watchman, Ezekiel. Repent! The Kingdom of God is at hand! You have been warned!