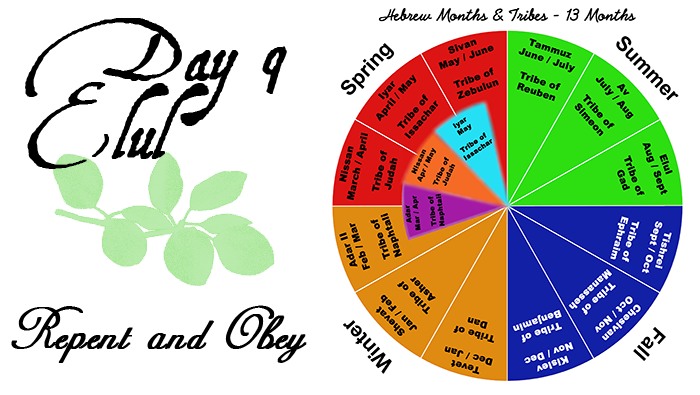 Because the shofar was sounded in obedience to God’s Word! I’m not here to peddle the horn of a Ram or Kudu to you or anyone else. A horn is just that, a horn acquired from a dead animal. I’m not here to elevate myself, my calling, or my anointing. No, I’m just a man. I count myself the least among all of you, just as Gideon was the least man, of the least family, of the least tribe.

Now, to be honest, I practice sounding the shofar. I practice a lot. There is a level of mastery that should be obtained before sounding publicly according to God’s instruction and battle plan. Or, as the case may be, in praise and worship. It is not an easy task to produce the prescribed blasts of the shofar and it requires dedication, discernment, and sincerity.

Now, if you will remember, in the Book of Judges, we are told that the Spirit of the LORD came upon Gideon, and he sounded the trumpet. There are times when the instructions are not written and the unction of Holy Spirit takes over and tells the one sounding the Trumpet to sound and how to sound. I pray diligently for this sensitivity to Holy Spirit and to sound the shofar accordingly. However, I must warn you that this sensitivity is a must. Holy Spirit will NOT prompt you to sound in a disorderly or distracting manner. If it cannot be supported in Scripture, it is best to remain silent. 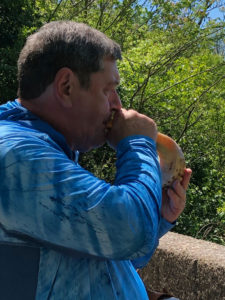 However, when the person is called by God, outfitted, trained, and anointed by Holy Spirit and sounds the shofar according to instructions in God’s Word obediently out of reverence, or unction of Holy Spirit THEN we should EXPECT to see the supernatural power of almighty God manifested!

Sounding a shofar will not make me more saved, or more justified, or more sanctified. My walk with God is an ongoing process of all these things, but I cannot add to it.

In case you’re thinking that obedience is unnecessary because we are under grace, I caution you to consider Hebrews 12:4-17 where the writer discusses the discipline of the Lord. If there is a need of discipline there must be something that should be adhered to, otherwise there would be no need for discipline.

4      You have not yet resisted to the point of shedding blood in your striving against sin;

5      and you have forgotten the exhortation which is addressed to you as sons,

“My son, do not regard lightly the discipline of the Lord,

Nor faint when you are reproved by Him;

And He scourges every son whom He receives.”

7      It is for discipline that you endure; God deals with you as with sons; for what son is there whom his father does not discipline?

8      But if you are without discipline, of which all have become partakers, then you are illegitimate children and not sons.

9      Furthermore, we had earthly fathers to discipline us, and we respected them; shall we not much rather be subject to the Father of spirits, and live?

10      For they disciplined us for a short time as seemed best to them, but He disciplines us for our good, so that we may share His holiness.

11      All discipline for the moment seems not to be joyful, but sorrowful; yet to those who have been trained by it, afterwards it yields the peaceful fruit of righteousness.

Throughout the Bible, trumpets are sounded for various reasons. When those trumpets were sounded according to God’s Word, miraculous things happened. However, when the trumpet did not sound as it was prescribed, there were consequences as well.

In 2nd Samuel 20 a man named Sheba sounded a shofar to the kingdom of Israel against David who was then King of Judah. It cost him his head as is seen in verse 22. The wrong man sounded the shofar for the wrong reason, in error, and it cost him dearly.

Joshua and Gideon won tremendous battles, miraculously, because of their obedience to God. They obeyed God’s commands, to the letter, and were greatly blessed. I wonder. What might have happened, where would we be now, if they had not obeyed?

What is this? It would seem that keeping Jesus’ commandments is evidence of our love for Him!

And while I’m on that subject let me address something that was once brought to my attention. A young man brazenly told me how mistaken I was for thinking such things. In his estimation, Jesus had diminished the commandments to only two. The first to love God with all that you are and to love your neighbor as yourself. On these hinged the law and the prophets. The rest didn’t matter.

My response? “If you are able to keep the first two of the commandments, those that Jesus said were the greatest, then 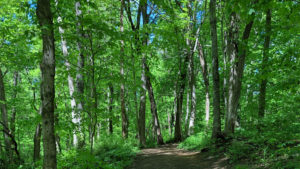 keeping the rest would be easy. However, if you can’t keep those first two, then there is absolutely no way that you can keep the rest. And, by the way, Jesus said those were the two greatest. He never said that the others were no longer in effect. Jesus said that if you look upon a woman with lust then you have already committed adultery with her in your heart. As I recall the original commandments, Jesus raised the bar.”

I can hear the shouts of “Blasphemy! Heresy! He’s preaching salvation by the law and works!”

Pardon me, but I said no such thing. While the flesh makes it difficult to keep the commandments of Christ, I’ll point it out again. Keeping the commandments of Christ is EVIDENCE of our love for HIM, NOT His love for us! He’s already proven that! In not being obedient then we align ourselves for the discipline of the LORD as mentioned in Hebrews 12. The result? “yet to those who have been trained by it, afterwards it yields the peaceful fruit of righteousness.”

That’s all I have for now. Join me again tomorrow as we travel through these 40 Days of Awakening! Shalom!

I am The Old Watchman, Ezekiel.