The Power of Multiplication 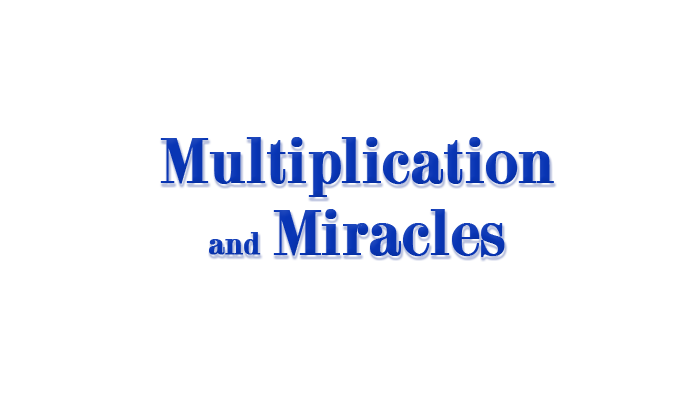 If you take the time to get to know me, you’ll find that I love to study the Bible. I’m not just talking about reading the Bible. I mean I enjoy studying the Bible. I love reading the text. I love to study the languages. I love studying the ancient cultures and societies. I love studying the ancient Hebrew and Jewish history. I love learning about God through His Holy Word, the people of the Bible and the issues that they faced during their time. It increases my understanding on a broader scale than just reading the biblical text allows me to. Having said that, everything must pass the muster of Scriptures to be added into the bank. Most of the time I realize that study is not seeking the right answers to status quo questions but rather discovering the questions that lead to greater understanding. Therein, one learns answers to questions that most Christians do not know exist.

Take mathematics for instance. I’ve never liked math and I’ve never been good at math. I passed three advanced mathematics courses in college, and I can’t tell you one mathematical principle that I used to pass those classes. In elementary school, I had the hardest time with multiplication. I could not remember the multiplication tables. It just wouldn’t stick. 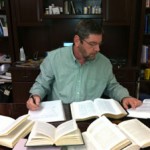 You all know what I’m talking about. It’s when Jesus fed five thousand with five loaves and two fish in Matthew, Luke and John. It’s when Jesus again fed four thousand with seven loaves of bread and two fish in Mark. Also, Jesus mentioned the feeding of five thousand in Mark indicating that there were two separate events. In Matthew, Luke, and John twelve baskets of leftovers where collected while feeding five thousand. In Mark, there were seven baskets collected after feeding four thousand. Wow! That’s a lot of multiplication, division, and abundance as a remainder! To multiply five loaves and two fish, divide it out among five thousand men (and their families), and have a remainder greater than what was had in the beginning was some feat!

Here’s what I saw. First, the feeding of the five thousand is the only miracle that Jesus performed that is documented in all four Gospels. That tells me that there’s something exceedingly important going on here. Herein is a lesson to be learned.

Secondly, There were five thousand men. The family members were not numbered. I suppose that there were possibly ten to fifteen thousand people present. I don’t know that for sure, that’s conjecture on my part. But remember there was only five loaves of bread and two fish.

Thirdly, there was more collected after everyone had eaten their fill than what was originally had on hand. Twelve baskets to be exact..

Here’s the secret of multiplication. Jesus took the bread and fish, looked up into heaven and blessed what He had. He gave thanks for the little that He had although it was pitifully inadequate for what He was challenged with, feeding 5000 men and their families. It didn’t MATTER that He didn’t have enough on hand to feed 5000. He gave thanks for the little He did have, and it was multiplied beyond what was needed.

Now it’s time to confess. I didn’t learn anything about multiplication tables from this miracle. But I learned a lot about multiplication and miracles. I stopped and thanked God for giving me a brain and the math books, and the ability to learn. I made a “B” in College Algebra and I aced Trigonometry and Geometry. I don’t know how God did with the little brain power that I have for absorbing math, but I was thankful that He did do it.

So, I took it a step further. In those school days, times were lean in our household. I don’t know how Cheryl made our ends meet but we both agreed, without compromise, to pray over our tithes and gifts of giving and thank God that we had something to give. We were faithful to bring forth the whole tithe. At times it was pretty small. Sometimes it was less than $20.00 and our gift of giving was as little as $1.00. But we thanked God for what we had instead of worrying about what we didn’t have.

As of this writing, our tithes and giving have increased dramatically. I’m not going to divulge how much because it would seem as if I was boasting. Let’s just say that I’m impressed with what God has done within our finances. In addition to that, it appears that when we retire in five or six years, we will be debt free, with money in the bank, and our retirement.

You want to learn how to multiply? Learn to do what Jesus did. Learn to give and serve no matter how little you have to give or serve with. Be thankful to God for what you have right now! When you give thanks to God for what He has provided you with, no matter how little it may seem to you, it will multiply. However, you may not have noticed that the secret of multiplication is twofold. You see, Jesus gave thanks for what God had provided and the miracle of multiplication came to pass. But what do you think happened with the twelve baskets of food that was collected after all had eaten their fill?

Was it thrown away and wasted? The Bible does not say. However, I seriously doubt that it was wasted. I’m pretty certain it was put to good use elsewhere. Why do I mention this and how can we apply it? The remains, I am certain, were used in good stewardship. Well, it could be as simple as turning off a light when you leave the room. It could be as simple as adjusting the thermostat that cools or heats your home by a few degrees. I could be as simple as properly maintaining a vehicle. It has to do with the way that we steward what we have for the moment. The better we steward what we have been given, the more we can be trusted with.

Multiplication may not be immediately seen or felt in the area of finances either. It may be that the kids don’t get sick as often. Or it may be that set of tires lasts longer than they should have. It might be that the prodigal returns home or that a relationship is restored. It might be that a pot of soup feeds a family for two or three days. Don’t laugh. I’ve seen it happen.

That’s the Power of Multiplication and I still can’t do the math.

I am The Old Watchman, Ezekiel. Now, hopefully, you understand the power of multiplication.