The Shofar…It’s About the Air Flow 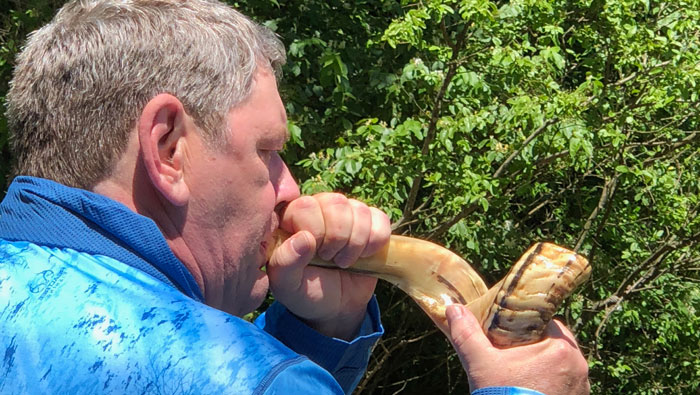 So that you may understand, we are going to begin laying a foundation for understanding and application. However, the beginning of the foundation is found in Revelation, the last Book of the Bible.

Here’s a statement for you.

“The sound of the shofar is that which is like the voice of God.” 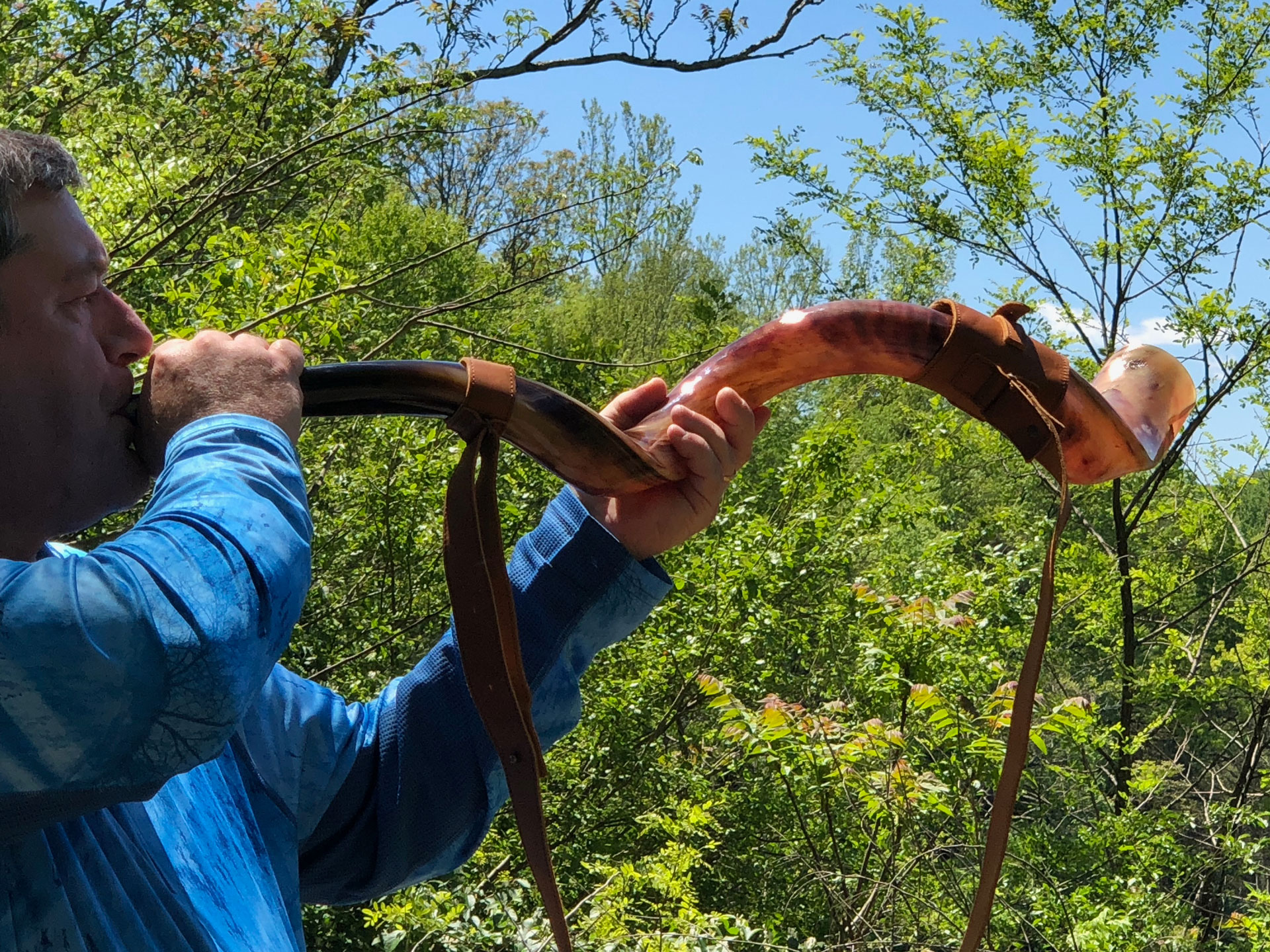 Wow! That’s a powerful statement! It was intended to be because it is true. It’s in Revelation 1:10 “I was in the Spirit on the Lord’s day, and I heard behind me a loud voice like the sound of a trumpet. (NASB 95)

Now this is John, the writer of Revelation, saying that God spoke to him in a loud voice like that of a trumpet.

Revelation 4:1 After these things I looked, and behold, a door standing open in heaven and the first voice which I had heard, like the sound of a trumpet speaking with me, said, ‘Come up here, and I will show you what must take place after these things.” (NASB 95)

Exodus 19:16-18, “16.  So it came about on the third day, when it was morning, that there were thunder and lightning flashes and a thick cloud upon the mountain and a very loud trumpet sound, so that all the people who were in the camp trembled.  17.  And Moses brought the people out of the camp to meet God, and they stood at the foot of the mountain.  18.  Now Mount Sinai was all in smoke because the LORD descended upon it in fire; and it’s smoke ascended like the smoke of a furnace, and the whole mountain quaked violently.  19.  When the sound of the trumpet grew louder and louder, Moses spoke and God answered him with thunder.”

There are two camps of thought here. One camp states that God was sounding the Ram’s Horn shofar to call His people out of the camp to meet Him at the mountain. The other camp maintains that God was speaking, calling to His people with a voice that was like the Rams Horn trumpet, which is what I believe. Why do I believe this? The trumpet sound of the Ram’s Horn grew louder and louder. When it did, Moses spoke and God answered him with “thunder” (a thunderous voice).

How do I know it was the sound of a Ram’s Horn Shofar? It was identified as such in Exodus 19:13, just in case you were wondering. That being the case, how can I validate that God was speaking and not sounding the Ram’s Horn? The text is not clear. However, it difficult to fathom why God would call with a Ram’s Horn trumpet and then answer with a thunderous voice. At  least, it is for me. You will have to decide for yourself.

On the other hand, the texts in Revelation 1:10 and 4:1 are very clear! God spoke to John in a voice like that of a great trumpet.  John understood what was being said by the voice like a great trumpet. Likewise, as instructed, the sound of the Ram’s Horn in Exodus 19 called the people to Mount Sanai in like fashion. When Moses spoke, God answered in another voice. A thunderous voice! It appears, at least to me, that God spoke to the people of Israel at Mount Sanai in Exodus as He spoke to John in Revelation, with a voice like that of a great trumpet.

Question: How many voices does God have? Hmmmm….that’s another post for another time.

By the way, what was the significance of the Ram’s Horn? The ram’s horn is a symbol of God’s provision, exhibited in Genesis 22:13 Then Abraham raised his eyes and looked, and behold, behind him a ram caught in the thicket by his horns; and Abraham went and took the ram and offered him up for a burnt offering in the place of his son. (NASB 95) God provided a sacrifice to take Isaac’s place, a reward for Abraham’s obedience. It’s why the Ram’s Horn is sounded all over the world today. Still, to this day, it’s a sound of covenant. I’d say that’s pretty significant.

So, what does all this have to do with Air Flow? The sound of the shofar is that which is like the voice of God. The explanation of air flow is coming….soon….I promise.

The eighth time it was written, “Then God said,” in 1:26, things changed. This is where man was created. God did not speak man into creation. Genesis 1:26 Then God said, “Let US make man in OUR image, according to OUR likeness and let them rule over the birds of the sky and over the cattle and over all the earth, and over every creeping thing  that creeps on the earth.” (NASB 95 emphasis on “make”,  “US” and “OUR” is my own)

Genesis 2:7 Then the LORD God formed man of dust from the ground, and breathed into his nostrils the breath of life; and man became a living being. (NASB 95)

A few questions arise. Why did God “form” man? Why did not God merely speak man into existence like He did everything else? Why did God choose to “breathe” into the nostrils of a lifeless form to bring forth a living being?

There, my friends, is the air flow. However, the power released is not merely about air flow. Anyone can sound a horn and it’s just a sound. Having said that, when there is an anointing on the person sounding the shofar and the person’s heart and motive are correct, sounding the shofar according to the instructions in God’s Holy Word and the prompting of the Holy Spirit unleashes UNIMAGINEABLE power!

Okay, I lied. Forgive me. It’s NOT JUST about the air flow. There are a few other factors involved that weigh heavily into the mix. But now YOU know!

I am The Old Watchman. Hang Around for a little while. We’ve just scratched the surface and I’m just getting warmed up!

God Bless you as you travel the ancient paths where the good way is.